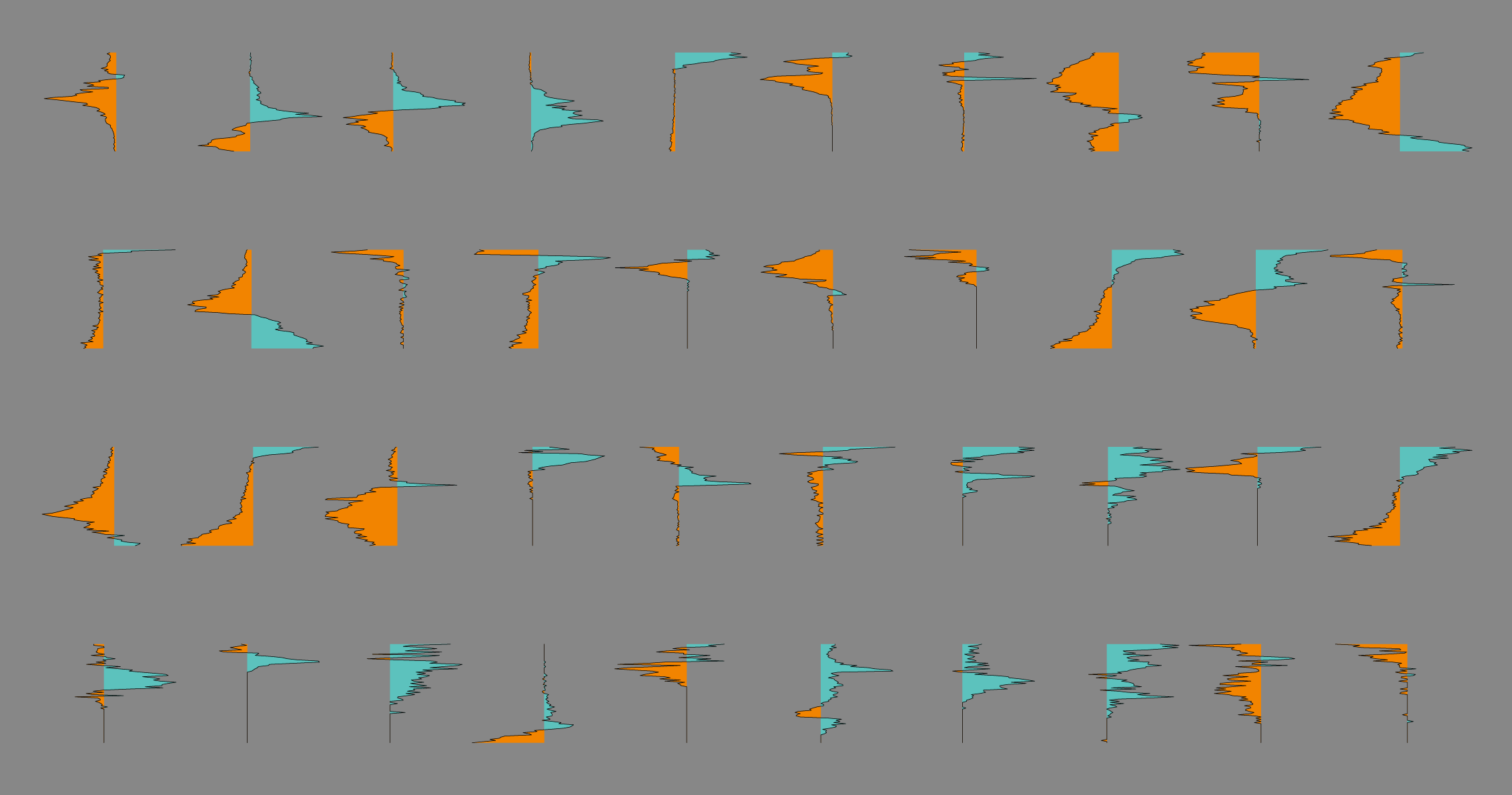 We use some names mostly for boys and some mostly for girls, but then there is a small percentage of names that, over time, switched mostly from one gender to another. Which names made the biggest switch?

It seems like a straightforward question, but it depends on how you define “biggest switch.” More on that in a bit.

I turned to our old friend: the baby names dataset from the Social Security Administration. Most citizens and residents in the United States have a Social Security number (printed on a piece of paper that you are somehow expected to keep safe from birth!), and the SSA releases a dataset of baby names annually. It provides the number of babies with a given name, split by sex and by year.

The first numbers were given in 1935, but the names in the dataset were retroactively counted pre-1935. So the data goes back to 1880. The people who were alive in 1935 were tallied by birth year. You can see the sharp increase post-1935 in the chart below.

Counts for boys and girls stabilized around 1930. 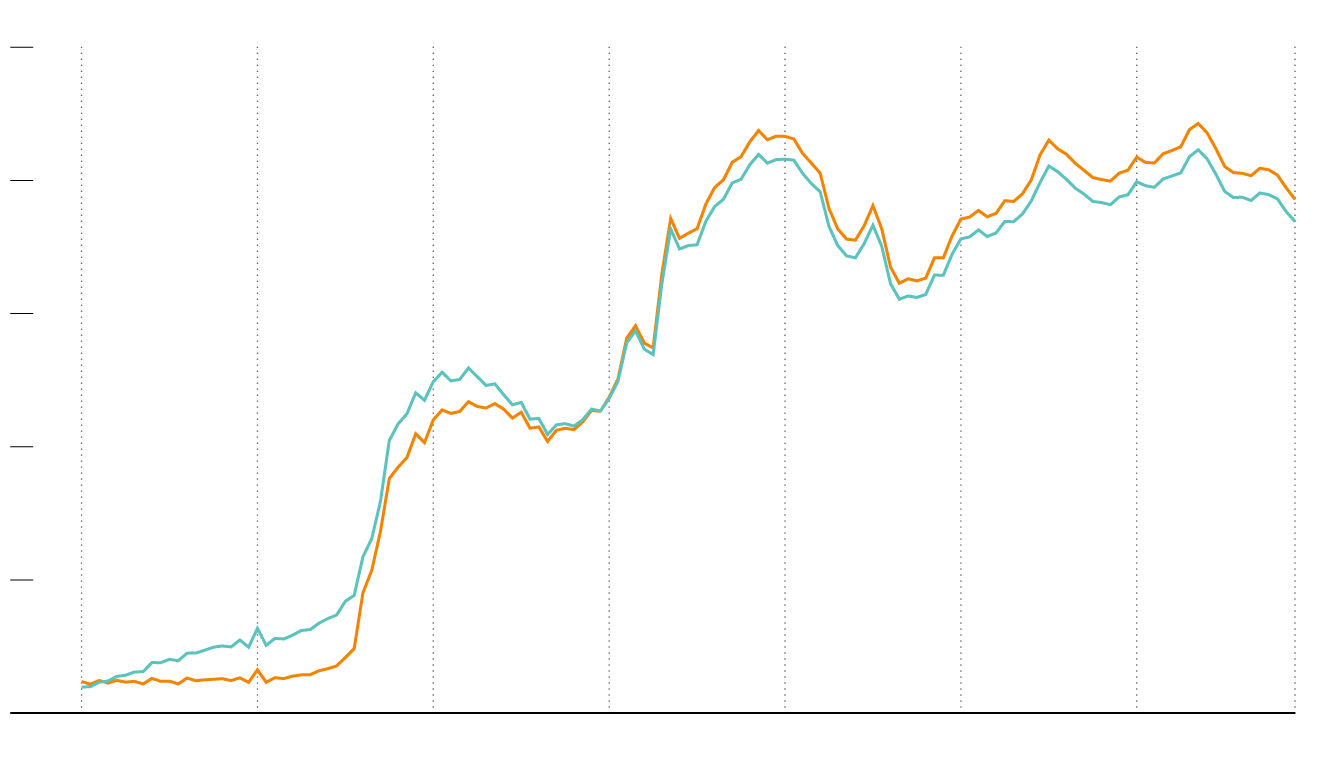 I used this dataset to look for the names that made the biggest switch. A couple of caveats:

I don’t think either of these are an issue in this case though, because I looked for popular names that made significant shifts rather than unique names with only a few people.

Also, I limited the search to 1930 and on. The counts between boys and girls became more even around this time.

To start, I looked for any name that switched sexes between 1930 and 2018. I defined that as any name that was at least 50 percent boys or girls and then switched majority to the opposite sex at some point. Out of the 95,137 names in the data, 2,987 switched, or about 3 percent. I quickly plotted the difference in counts over time for the 100 names with the highest counts.

Switching Between Boy and Girl 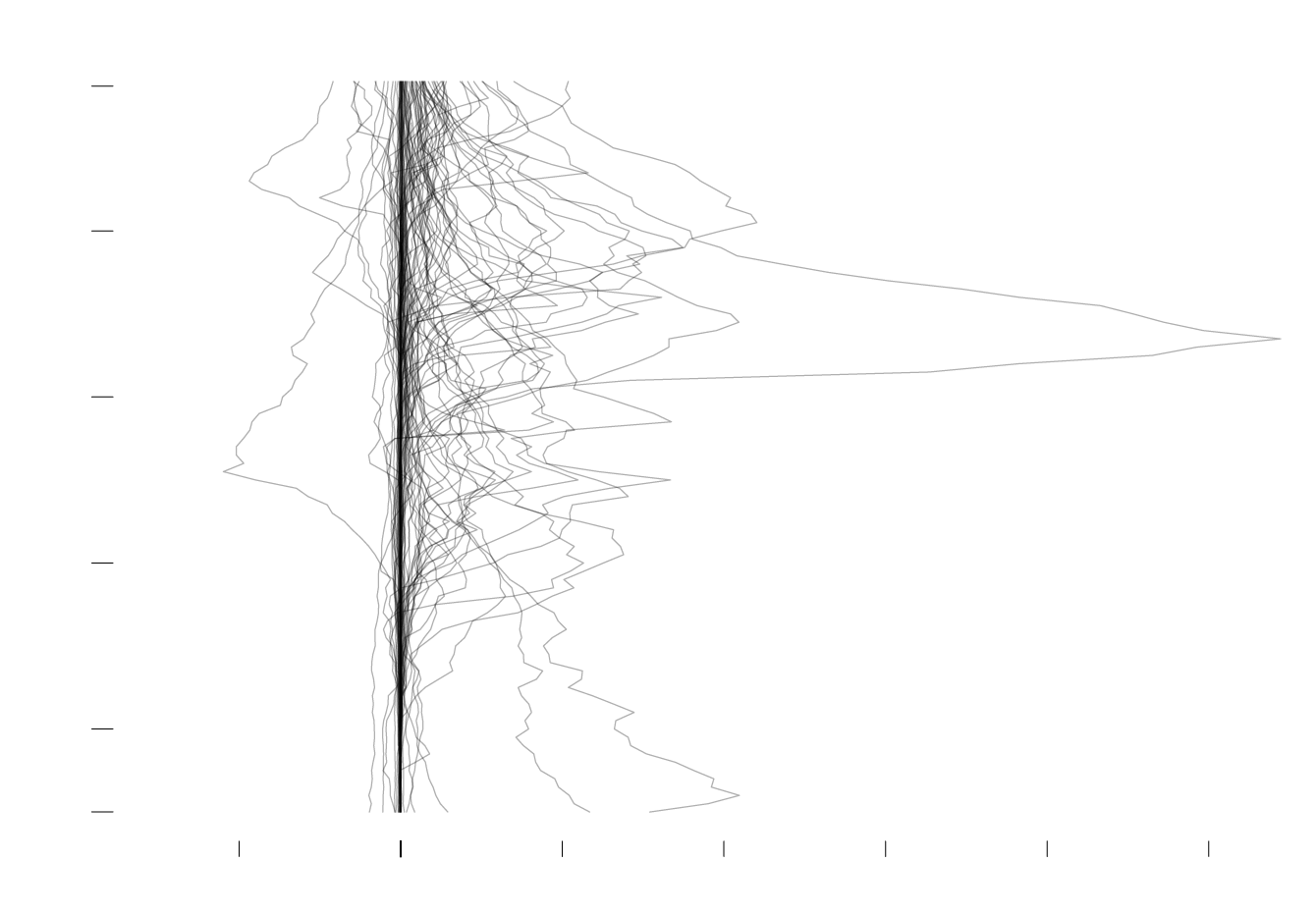 This view wasn’t very useful, but at the least, you can see there’s a lot of fluctuation over time. Here’s a name-by-name view, which makes it easier to see individual trends for each name.

Among the names that switched, which ones grew or declined the most?

Looking at the difference charts above, maybe you noticed the names — with the exception of Riley and Jaime — don’t really look like there was a switch from one sex to another. It looks more like a name wasn’t very common for one sex and then became more popular for the opposite.

Interesting. I didn’t know Ashley used to be a mostly boys name. But I wasn’t looking for names that were so-so for one sex and then popular for another.

Looking for Even Swings

Here are the top thirty names with a ratio closest to 1.

Take the ratio of peak girls to peak boys and look for the names closer to even.

Now we’re getting somewhere. This subset of names shows some swings instead of just waning peaks.

However, these calculations don’t account for the changing totals over time. They just use raw counts for the ratios. For example, there might have been more girl Ryleys one year, but maybe there were more girls born (or received Social Security numbers) that year also.

So instead of using raw counts, it’s better to look at rates so that values are comparable over time.

Look for names with nearly-even female-to-male maximums. But this time use rates instead of counts.

Ryley is still in the top ten, but Kenyatta takes the top spot with a couple of switches from mostly boys to mostly girls and then back to mostly boys.

It’s still missing something though. While the ratio for Kenyatta was the closest to 1, it doesn’t seem correct to call it the most switched name when there are at the most a few hundred Kenyattas in a year.

That is to say, the name switched from a few hundred boy names to a few hundred girl names during the 1930 to 2018 timespan. On the other hand, Kerry, which was also close to 1 (but not as close) showed a swing in the thousands.

So, instead of ranking by ratio alone, I considered the maximum as well. Below, the top 100 most switched names in US history. Casey, Jackie, Kerry, Jody, and Finley lead the way in the top five.

Most Switched Names, by Rate and Count

Account for more even switches as well as how big the swings were too. 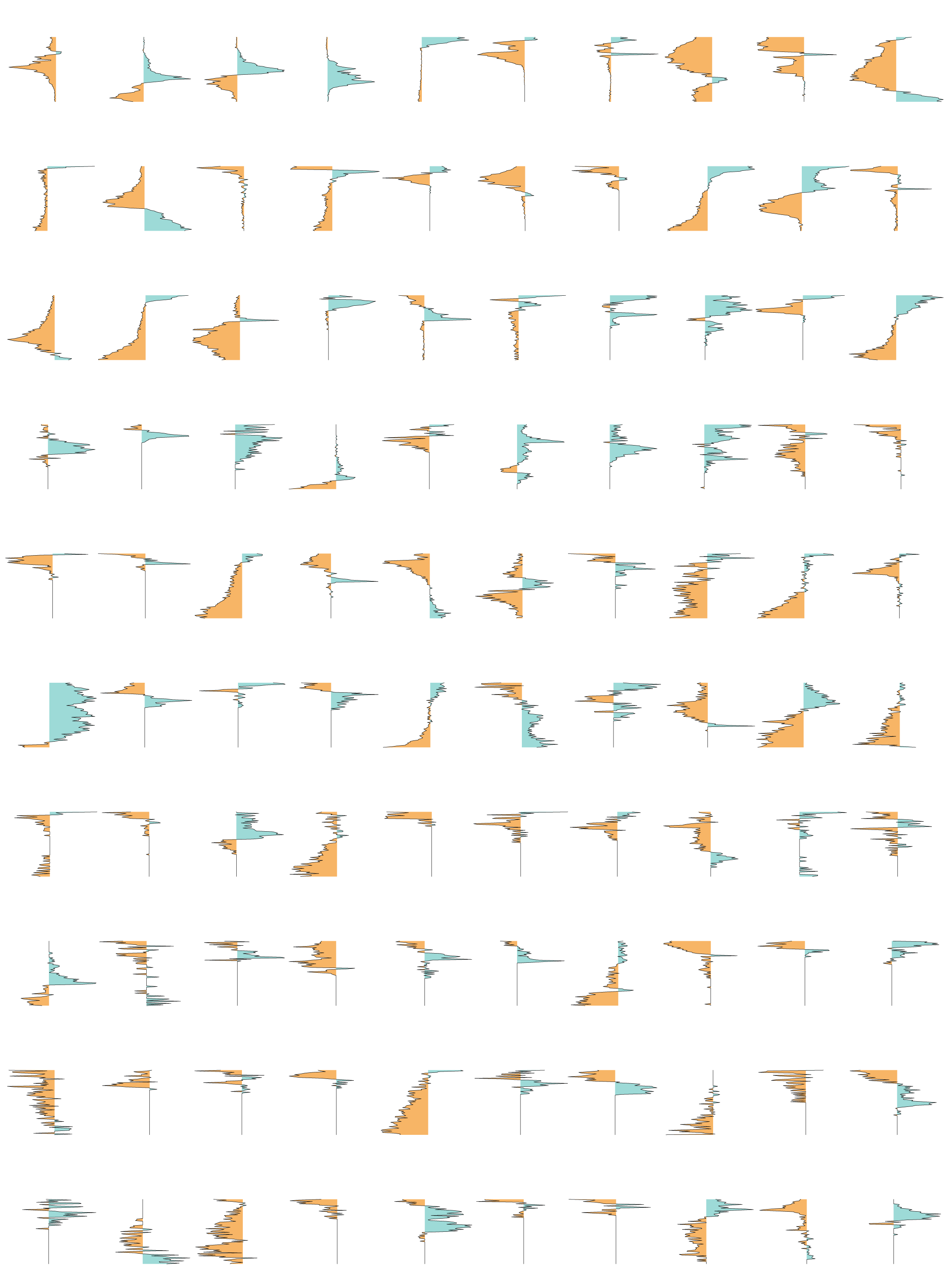 Looking closer at Casey, I’m not entirely sure if it’s so much a switched name than it became a unisex name. Well, I guess it switched to unisex. It was mostly a boy name and while remaining a boy name, it also grew popular as a girl name. I guess I can get on board with that.

The data comes from the Social Security Administration, and it continues to be a fun time series dataset to poke at. I analyzed and visualized the data in R.

Learn the process of making, designing, and exploring data graphics. Your support goes directly to FlowingData, an independently run site.