Compared to 1970, a shift towards women making the higher income.
By Nathan Yau

As we know, more women are in the workforce now than there were in the 1970s. However, oftentimes men and women tend to work different types of jobs, which leads to differences in income. In households with male-female partners, it’s still much more common for the male to earn more than the female.

Here is a more granular comparison, which plots the male income versus female income. When you flip between 1970 and 2015, you can see the increase in incomes overall and the distribution shifting sort of counter clockwise as women are earning more.

Or, if you prefer a less split view, here’s the change in the ratio of female income to male income. A ratio greater than one means the female makes more than their male partner. In 2000, the 75th percentile mark was right at the even line. By 2010, the ratio rose, but didn’t change much in between 2010 and 2015.

You can see a similar trend when you look at the percentage of males and females who did not earn an income. It’s interesting to see that quick fall for females between 1970 and 1990, from 42 to 20 percent, respectively. It’s still rare to see male-female households where only the female works.

Will the lines ever converge? 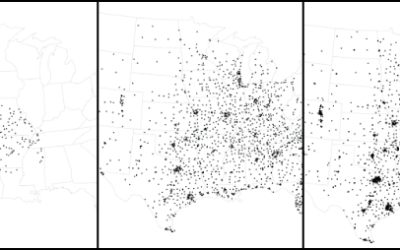 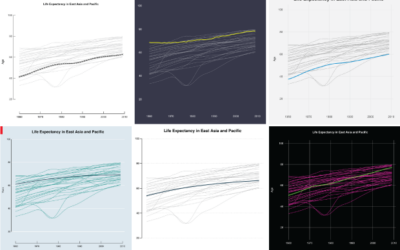 Customizing your charts doesn’t have to be a time-intensive process. With just a teeny bit more effort, you can get something that fits your needs.