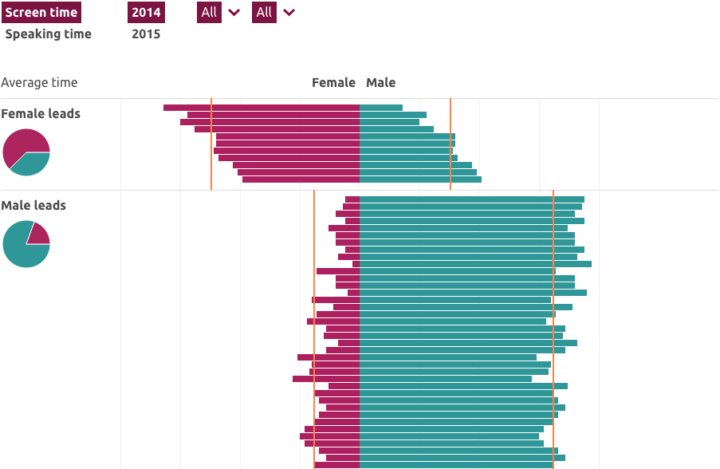 In a collaborative effort, the Geena Davis Institute on Gender in Media computed screen time for men and women algorithmically, in contrast to the more crude measurement of script lines. Key findings:

When a film has a male lead, this gender gap is even wider, with male characters appearing on screen nearly three times more often than female characters (34.5% compared to 12.9%).

Interesting work here. I just wish they included movie names in their charts. It would’ve provided a better connection to the data.