How good or bad something is depends on what you compare against.
By Nathan Yau 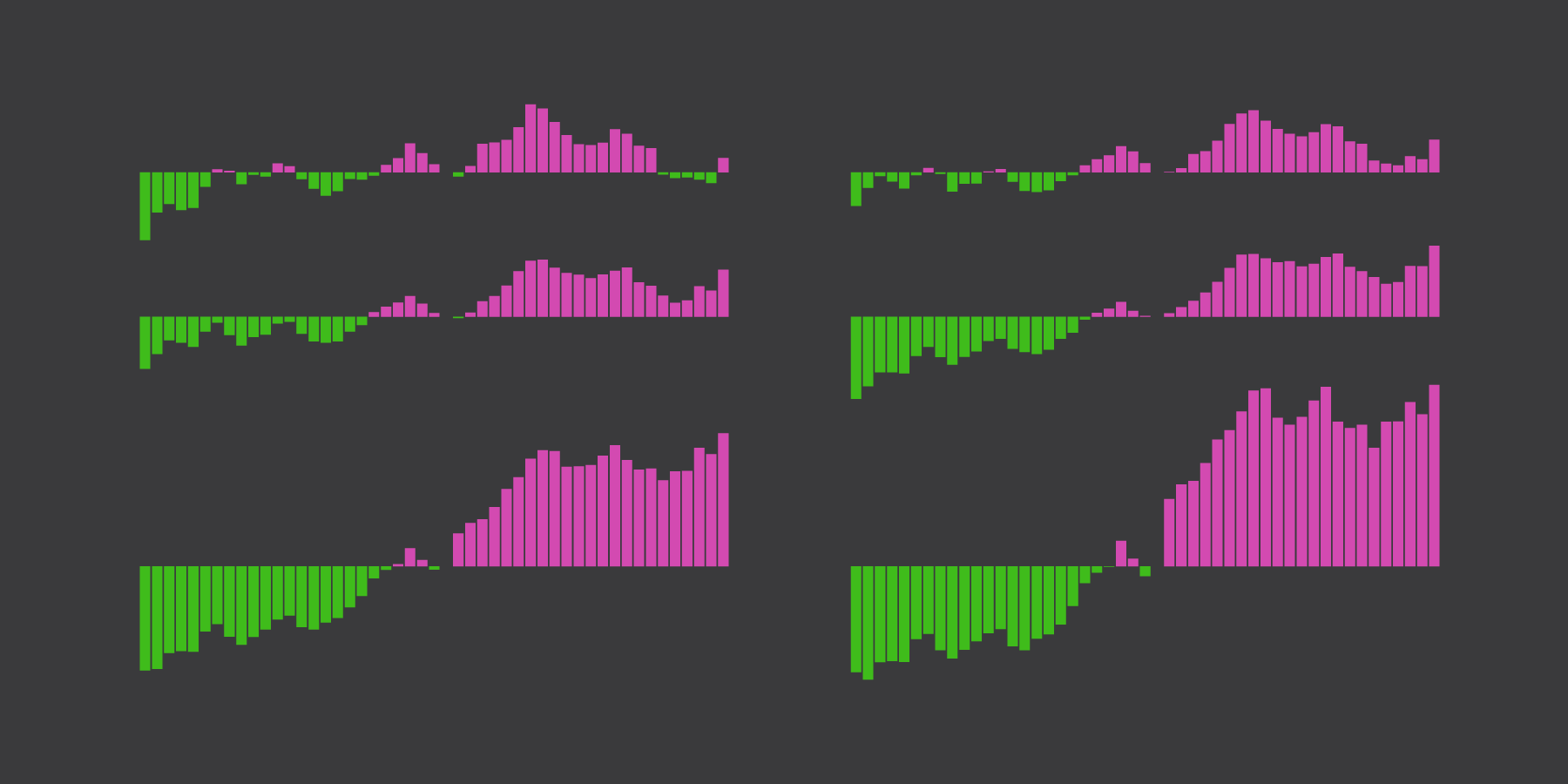 There’s been a lot of “make America better again” lately. Er, wait. America should be good? No, that’s not right. Make the country really really good like it once was. Nailed it. Of course, what once was or what the country should be depends on your point of view.

Let’s say you get what you think is a good deal on a car. But then your friend buys the exact same car for 20 percent less. Suddenly your good deal feels like a rip off.

Similarly, if you’re sitting in 2009 and unemployment is on the rise, other years start to seem a bit better. Your point of reference changes, and your perspective shifts along with it.

The charts below let you shift your perspective for common metrics we often use to measure the progress or state of the country. Use the sliders to select a year as a point of reference, and the bars show how other years compare against the reference year.

Unemployment is shifty as it varies with a number of factors. So you get a lot of ups and downs over the years. Try a shift to 2009, and almost all other years have a lower unemployment rate (hence all negative values).

Not everything is fluctuates so much though. Generally speaking, the median household income for all the above income brackets was higher each year than the previous year. The magnitude of change in each bracket however is a different story.

Federal minimum wage isn’t quite the same story though. When you adjust for inflation, the value of the dollar changes things up.

But more people are working on their education. The percentage of people with at least four years of high school or college is higher than every year before. This probably plays into the rising median household incomes.