Most typical city in America 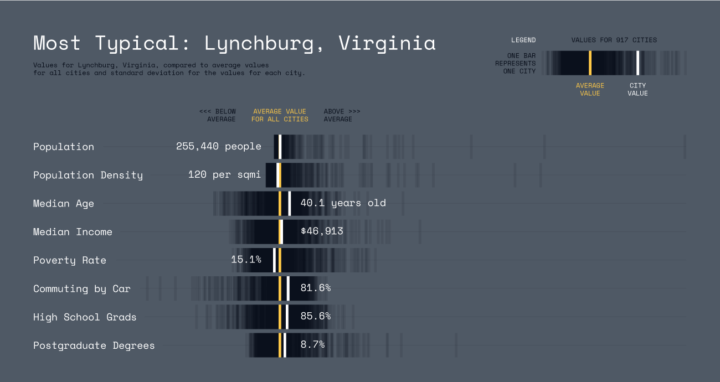 Here’s a fun piece by Karl Sluis. He looked at eight demographic metrics, such as population, age, and income (based on estimates from the American Community Survey) and found the “most typical” city in America that sat around the median of all the measurements.

According to the averages across these eight measures, the Lynchburg, Virginia Statistical Area is the most typical statistical area in the country. Made of four counties and eleven communities, Lynchburg’s statistics are less than half of a standard deviation from average across every measure. In fact, the median income of Lynchburg’s residents ($46,913) lies closer to the average ($46,871) than any other city.

Congratulations, Lynchburg. You get the award for most average. 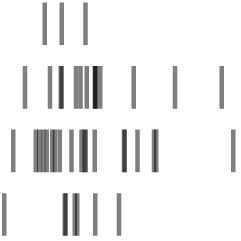