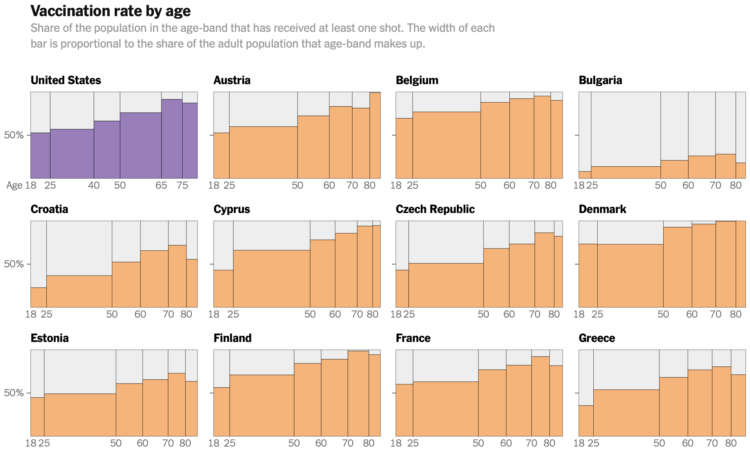 Elian Peltier and Josh Holder for The New York Times highlight the vaccination rates increasing in Europe while the United States rate stalls:

Europe has plenty of people who distrust the shots and their governments, but vaccine resistance in the United States is more widespread and vehement, particularly among conservatives, and falls more sharply along partisan lines. The E.U. vaccination effort has slowed recently, but not like the U.S. drive, which has declined more than 80 percent.

Also of interest: NYT managed to squeeze in a bar chart race, a Marimekko chart, and a beeswarm chart all in the same article. That’s gotta be a record for them. 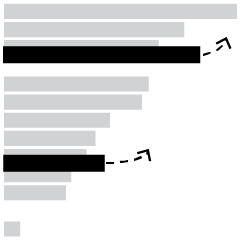