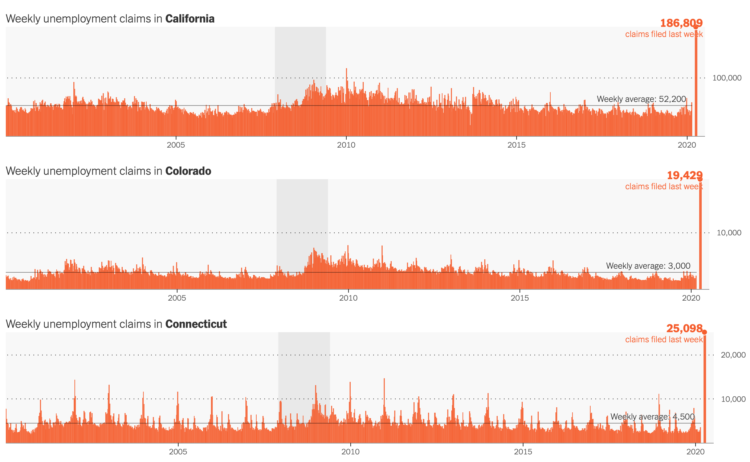 The Department of Labor released the numbers for last week’s unemployment filings. 3.28 million for the country. For The New York Times, Quocktrung Bui and Justin Wolfers show the numbers relative to the past and a breakdown by state:

This downturn is different because it’s a direct result of relatively synchronized government directives that forced millions of stores, schools and government offices to close. It’s as if an economic umpire had blown the whistle to signal the end of playing time, forcing competitors from the economic playing field to recuperate. The result is an unusual downturn in which the first round of job losses will be intensely concentrated into just a few weeks.

You can find the recent data here.