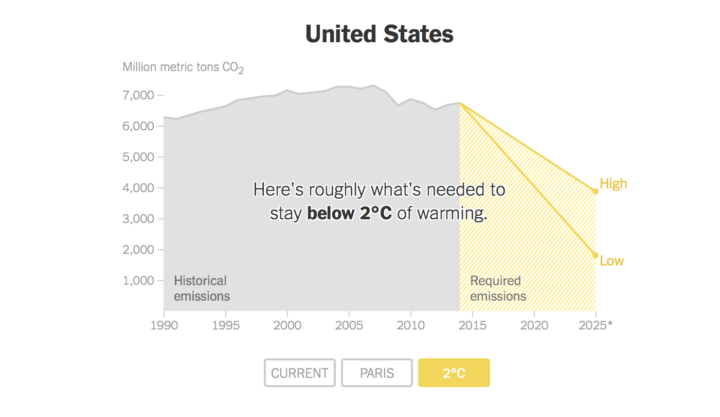 Under the Paris deal, each country put forward a proposal to curtail its greenhouse-gas emissions between now and 2030. But no major industrialized country is currently on track to fulfill its pledge, according to new data from the Climate Action Tracker. Not the European Union. Not Canada. Not Japan. And not the United States, which under President Trump is still planning to leave the Paris agreement by 2020.

A series of charts shows the path we’re headed, what we need to do to reach the goals of the Paris Agreement, and what we need to keep warming under 2 degrees Celsius above pre-industrial levels.