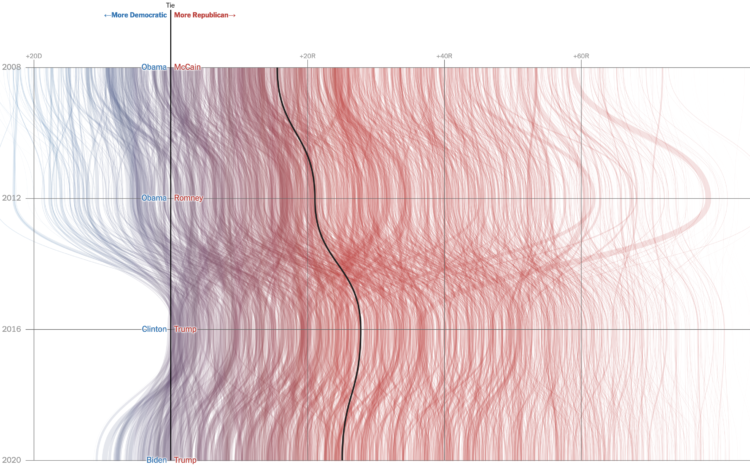 For The New York Times, Denise Lu and Karen Yourish looked at the red and blue shifts for the counties that voted red in 2016:

President-elect Joseph R. Biden Jr. won the popular vote by more than five million — and his margin is expected to grow as states finish counting. Still, results so far show that President Trump’s support remained strong in most of the counties that voted for him in 2016. Here’s how.