Oil and gas wells in the United States 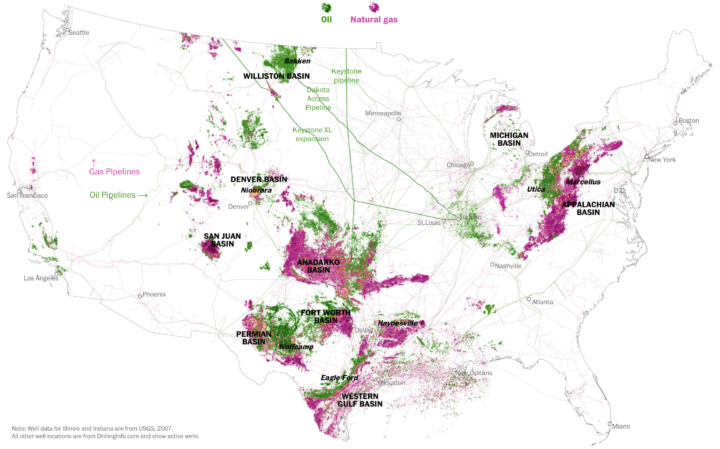 Tim Meko and Laris Karklis for The Washington Post take a dive into oil and gas wells in the United States.

Since 2010, the United States has been in an oil-and-gas boom. In 2015, domestic production was at near-record levels, and we now produce more petroleum products than any other country in the world. President Trump said he plans to double down on the oil and gas industry, lifting regulations and drilling on federal land. Here is the state of the petroleum extraction industry that the new administration will inherit.