All the roads that lead to Rome 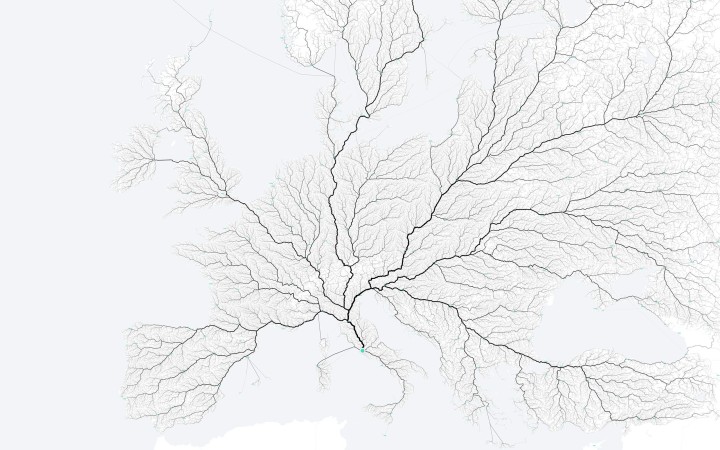 As the saying goes, “All roads lead to Rome.” Folks at the moovel lab were curious about how true this statement is, so they tested it out. They laid a grid on top of Europe, and then algorithmically found a route from each cell in the grid to Rome, resulting in about half a million routes total. Yep, there seems to be a way from Rome from every point.

Above is the map of these routes. Road segments used more frequently were drawn thicker, and as you might expect you get what looks like a root system through the continent. I’m guessing thicker lines are highways and freeways.

Moovel did the same with cities named Rome in the United States and the state capitals. Pretty sweet.