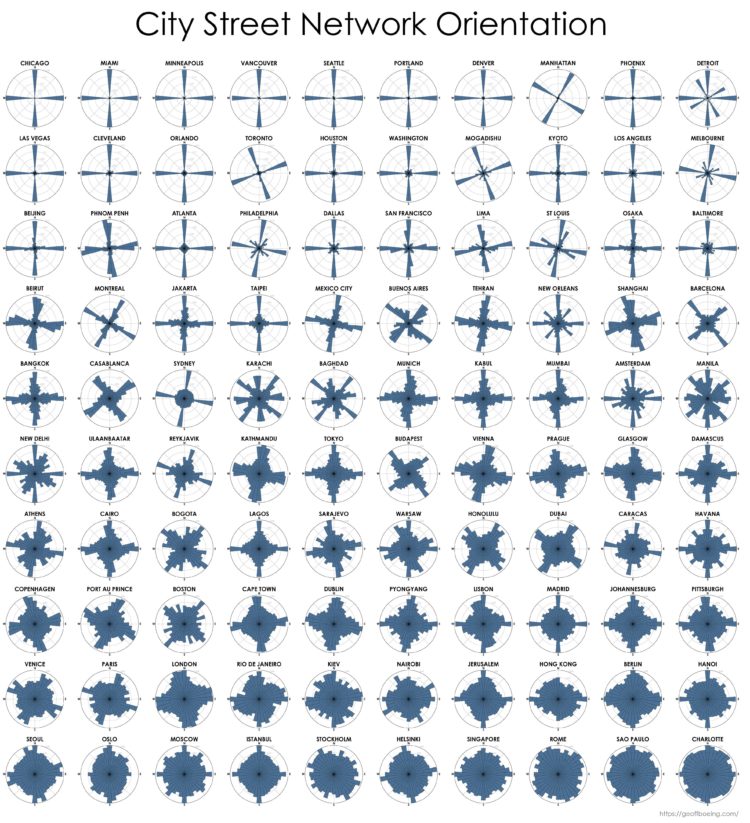 Continuing his analysis of street grid-iness in cities around the world, Geoff Boeing sorted cities by the amount of order in their street networks:

Across these study sites, US/Canadian cities have an average orientation-order nearly thirteen-times greater than that of European cities, alongside nearly double the average proportion of four-way intersections. Meanwhile, these European cities’ streets on average are 42% more circuitous than those of the US/Canadian cities. North American cities are far more grid-like than cities in the rest of the world and exhibit far less orientation entropy and street circuity.

Chicago is all grid. Charlotte not so much.