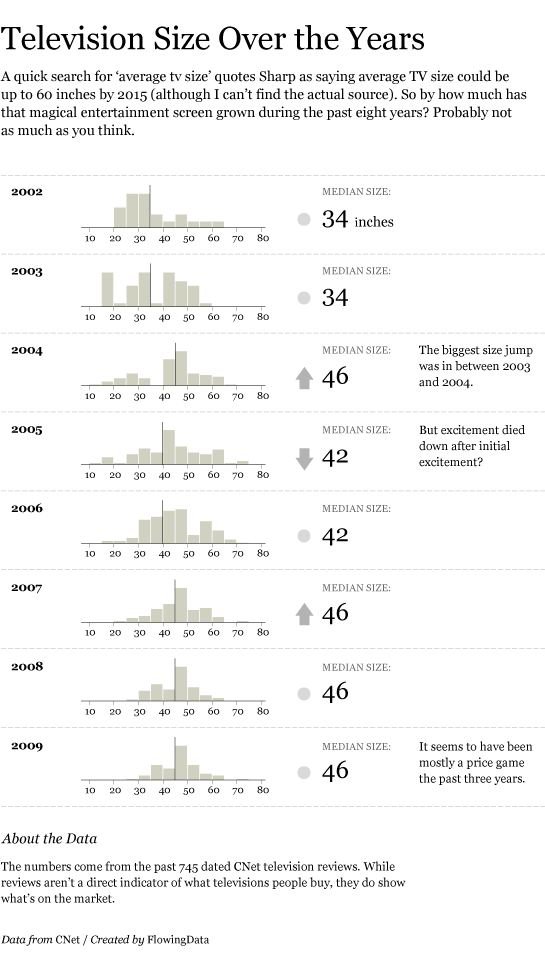 TV Size Over the Past 8 Years

Apparently the average television size is going to be 60 inches by 2015. Do we really need that much television? I mean, come on.

I used to watch my mom’s old 9-inch black-and-white television in my room, and I thought it was the greatest thing ever. PacMan on my cousin’s hand-me-down Atari couldn’t look any better. Things are a little different now, yeah? I wonder what my Xbox games would look like on that old TV.

Anyways, I scraped television size data from CNET reviews, representing the past eight years or so, and actually, growth isn’t as dramatic as you might think.