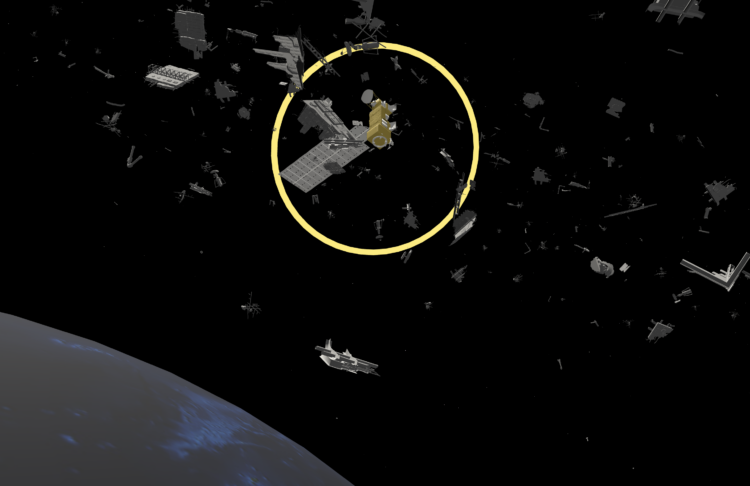 There are thousands of satellites that orbit Earth, with about half of them launched in the past three years. Financial Times shows why that’s a problem in a scrolling piece through space debris:

In 1978, Nasa astrophysicist Donald J Kessler outlined a theory of what would happen if space traffic continues to grow and collisions occur. The debris created by those collisions would skitter off into the paths of other satellites, creating yet more debris.

Over time, Kessler argued, a chain reaction of cascading collisions could one day make low Earth orbit hard to access and even prevent manned spaceflight from leaving Earth: a phenomenon since labelled the “Kessler syndrome”.