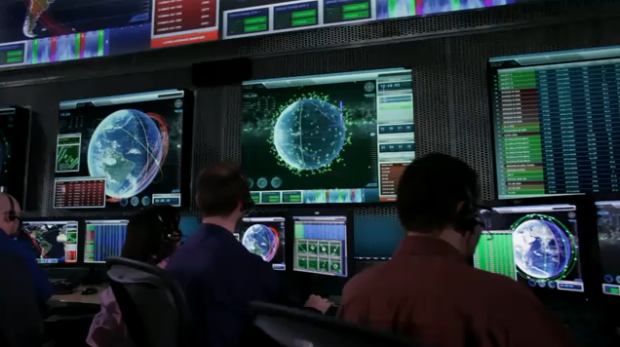 Lockheed Martin’s Space Fence, expected to be in initial operation in 2015, will track the junk floating in space:

Space Fence is envisioned as a network of ground-based S-band radars that will detect, track, measure and catalog thousands of objects in low-Earth orbit. Expected to begin initial operation in 2015, the system will replace the existing Air Force Space Surveillance System, or VHF Fence, which has been in service since the early 1960s. A leader in S-band radar development, Lockheed Martin’s high-powered radar systems will find and follow the course of thousands of pieces of space debris to an accuracy of just meters.

They provide this video (below) to explain the concept, of which I’m pretty sure most of is fake, but let’s pretend it’s real. It’s more exciting that way.