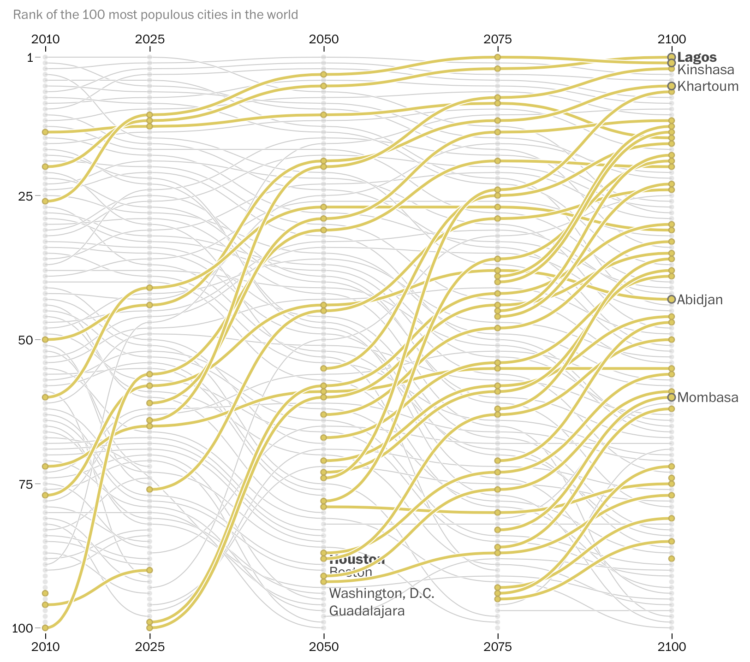 In a multi-faceted piece, The Washington Post described the rapidly growing cities in Africa that are projected to be the most populated cities in the world:

In three projections by the University of Toronto’s Global Cities Institute, Africa accounted for at least 10 of the world’s 20 most populous cities in 2100. Even in the institute’s middle-of-the-road development scenario, cities that many Americans may seldom read about, such as Niamey, Niger, and Lusaka, Zambia, eclipse New York City in growth. 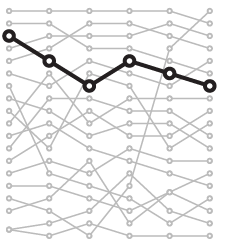