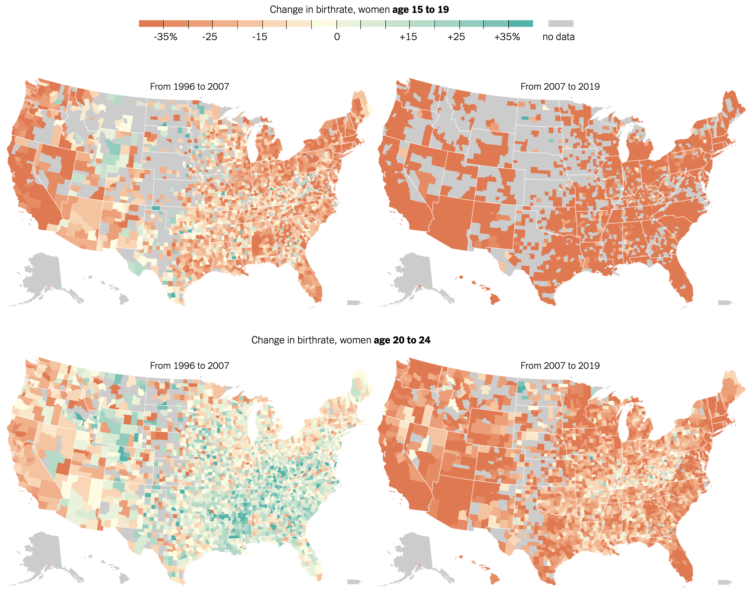 The New York Times mapped birth rates, which are down almost everywhere, especially among women in their 20s:

The result has been the slowest growth of the American population since the 1930s, and a profound change in American motherhood. Women under 30 have become much less likely to have children. Since 2007, the birthrate for women in their 20s has fallen by 28 percent, and the biggest recent declines have been among unmarried women. The only age groups in which birthrates rose over that period were women in their 30s and 40s — but even those began to decline over the past three years.