Decline of women in computer science 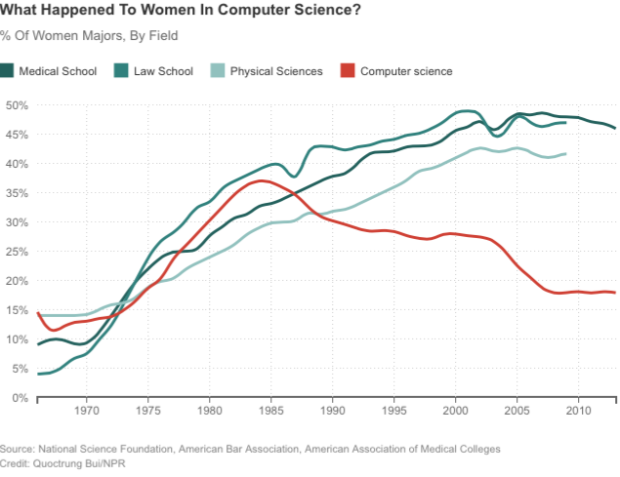 In the 1990s, researcher Jane Margolis interviewed hundreds of computer science students at Carnegie Mellon University, which had one of the top programs in the country. She found that families were much more likely to buy computers for boys than for girls — even when their girls were really interested in computers.