Comparing correlation in the FiveThirtyEight and Economist election forecasts 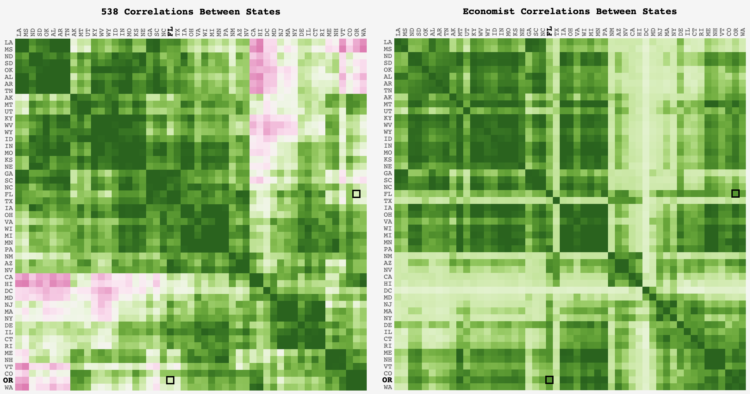 FiveThirtyEight and The Economist take similar inputs but output different forecasts. Adam Pearce was curious about how the state-by-state correlations differed between the two models:

Outside of the CA-DC-VT-WA and LA-MS-ND-KY clusters, where the 538 correlation dips below 0, the models are mostly aligned. Glancing over the outliers, it looks like the Economist might not have an equivalent to 538’s regional regression that groups states in the same geographic region together; the Economist has HI at 0.2 correlation with WA & OR while 538 has it around 0.7.