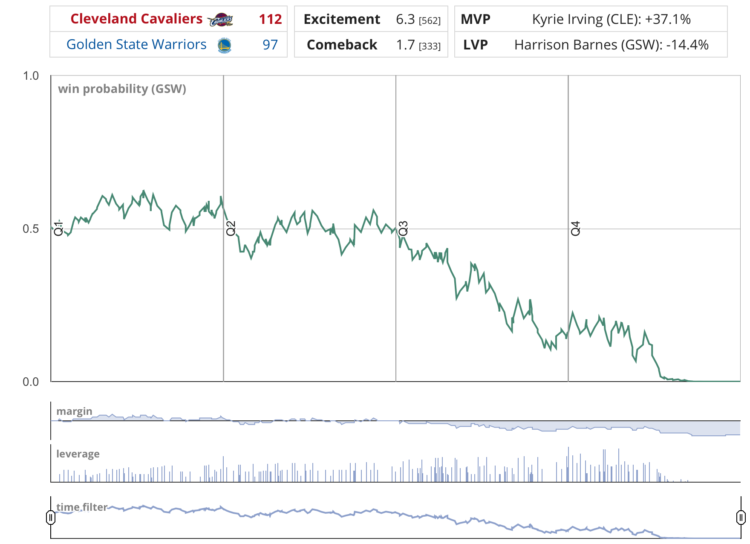 Inpredictable, a sports analytics site by Michael Beuoy, tracks win probabilities of NBA games going back to the 1996-97 season. When a team is up by a lot, their probability of winning is high, and then flip that for the losing team. So for each game, you have a minute-by-minute time series of win probability.

Beuoy added a new feature that looks for games with similar patterns a.k.a. “Dopplegamers”.