Every NBA team’s chances of winning, by game minute 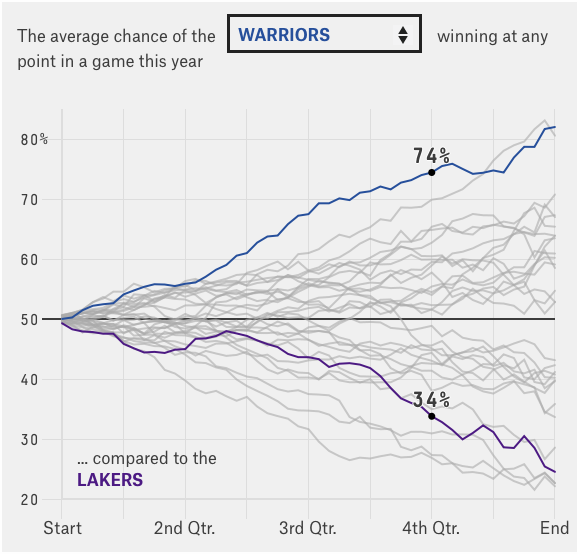 Michael Beuoy made a win probability model for NBA teams and games, based on play-by-play data from 2000 to 2012. The basic calculator lets you punch in the game state, such as time left and the score difference, and it spits out the probability of a win.

Or, for a team-centric view, you can see the chart from Beuoy and Allison McCann for FiveThirtyEight, which plots the average probability using the same model. Steady rise means a steady pull towards a win, whereas spikes and steeper, positive slopes mean a tendency towards scoring spurts.