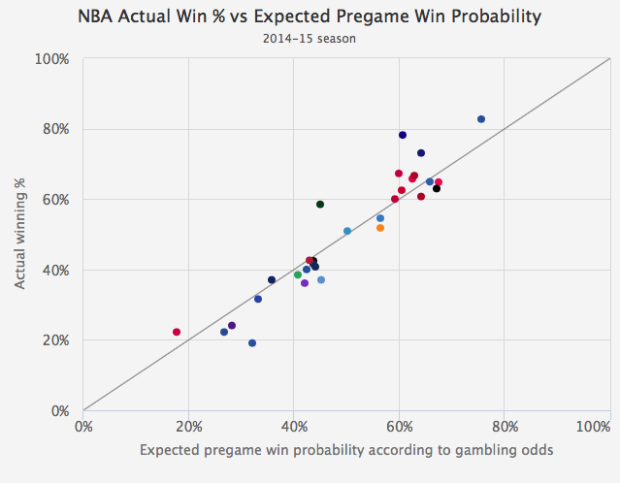 Michael Beuoy’s win probability model plotted on FiveThirtyEight starts all NBA teams at a 50% chance of winning. Then the probability of winning a game increases and decreases from there. However, practically speaking, we know something about the teams before each game, and we don’t give even chances to the worst and best team at the zero-minute mark.

So Todd Schneider took a different approach to minute-by-minute win probability — from a gambling perspective. Each line in the time series starts closer to the end probability as gamblers wager based on what they think the final outcome will be.

I like the plot that shows gamblers’ expectations against actual win percentage.

The takeaway: Yes, you expect the Knicks to play poorly, but they go beyond your expectations and play even worse than you imagined.

See the probabilities for professional football and baseball too. [Thanks, Todd]