Who owns the most land in the U.S. 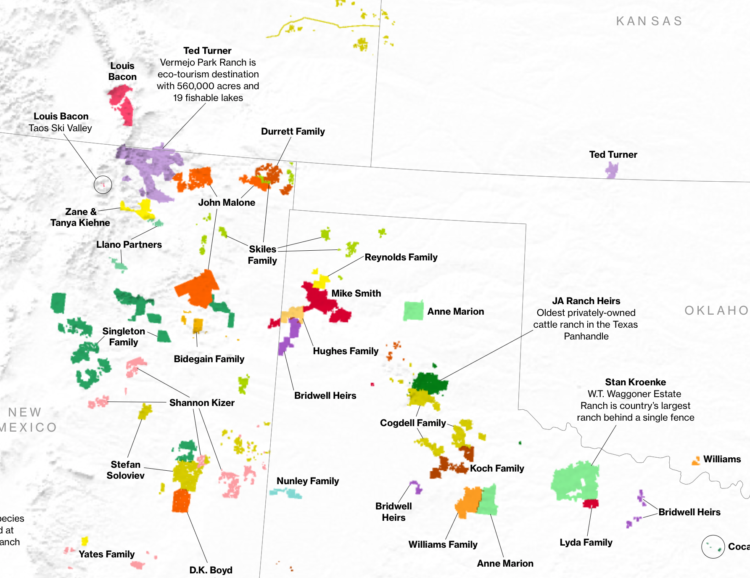 Bloomberg News mapped the land owned by the largest owners:

The 100 largest owners of private property in the U.S., newcomers and old-timers together, have 40 million acres, or approximately 2% of the country’s land mass, according to data from the Land Report and reporting by Bloomberg News. Ten years ago, the top 100 had fewer than 30 million acres.

It may not seem like much—all told, just about the size of Florida. But land is an often-overlooked repository of wealth, one of those quiet assets, such as artworks or trusts, that make up so much of the country’s unexamined riches as inequality widens.

Just one state’s worth of land? I mean, I guess that’s a lot.