James Holzhauer is on a record-breaking Jeopardy! win streak. It’s not so much for the number of wins in a row — an impressive 30 so far — but for how much he wins per game. He’s on pace to break current record-holder Ken Jennings’ total winnings of $2.5 million in less than half the number of games.

Chicago Tribune made this chart to show Holzhauer’s cumulative sum: 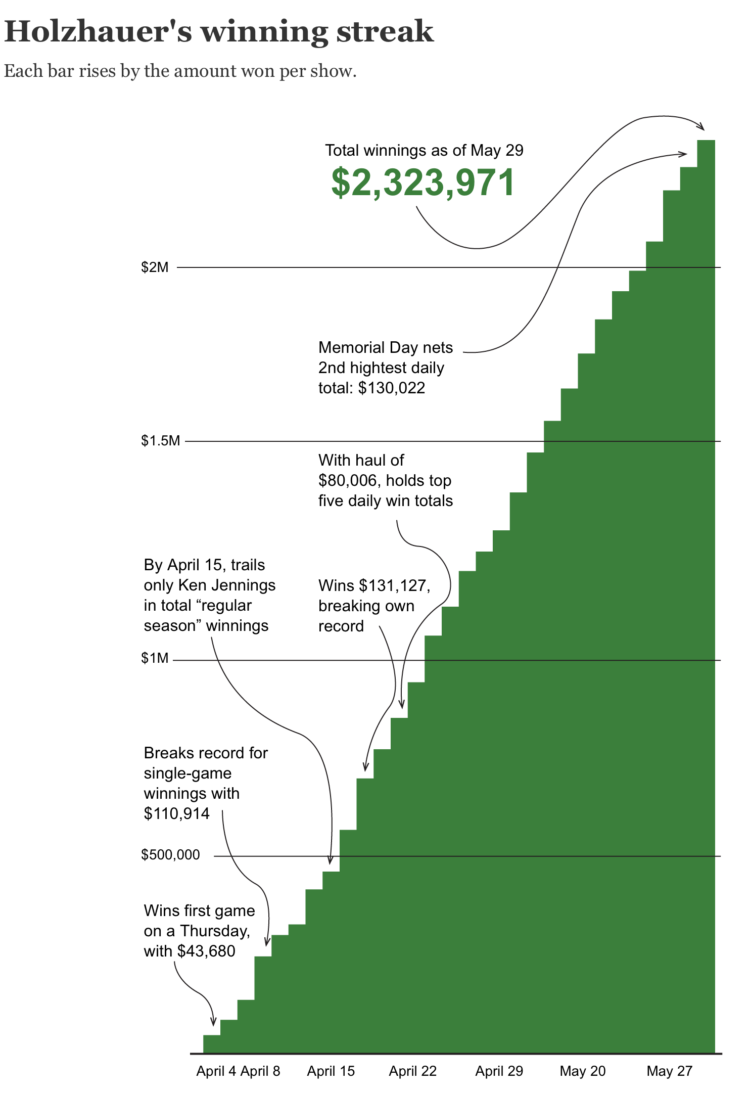 Holzhauer commented: “This needs a @KenJennings overlay. Call it the bunny slope”

Ken Jennings responded: “In fairness to the graphic designer, it’s really hard to fit such a long streak on this teeny Holzhauer-scale chart.”

Not sure what’s more nerdy: the jokes or that I find them amusing.