Now that we know the cutoffs that make lower-, middle-, and upper-income in each state, we can estimate the percentage of households in each income level. Adjust for people in the household and sort states by highest percentages in the income levels.

Bars represent lower-, middle-, and upper-income percentages for each state.

I suspect employment, occupations, and family makeup play a big role in the variation. Gonna have to look at that next. 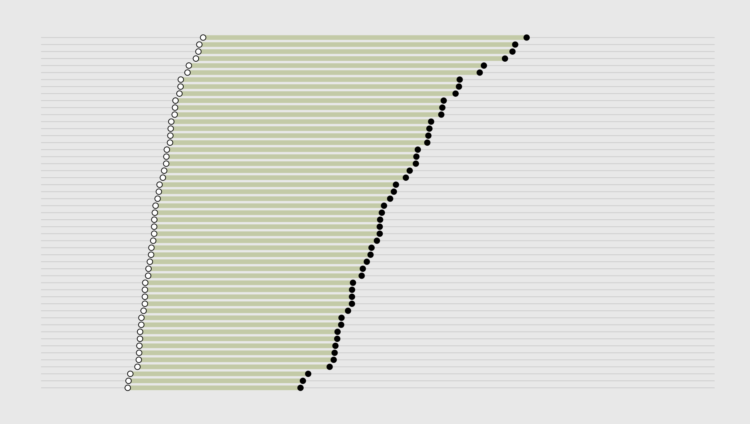 See how income ranges change for each state.