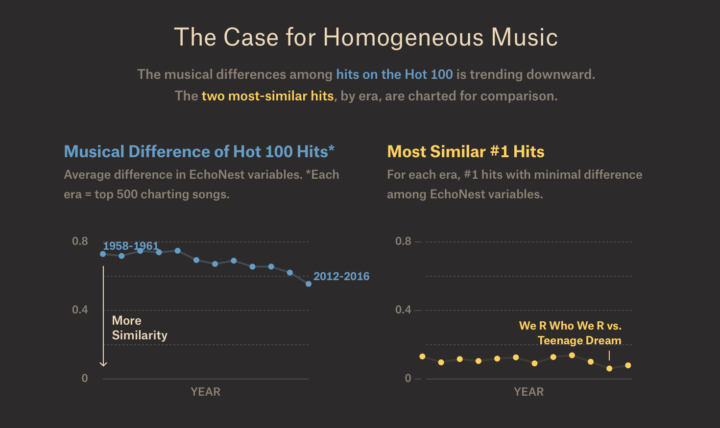 Popular songs on the Billboard charts always tended to sound similar, but these days they’re sounding even more similar. Andrew Thompson and Matt Daniels for The Pudding make the case:

In other words, more songs have been produced by fewer and fewer topline songwriters, who oversee the combinations of all the separately created sounds. Take a less personal production process and execute that process by a shrinking number of people and everything starts to sound more or less the same.