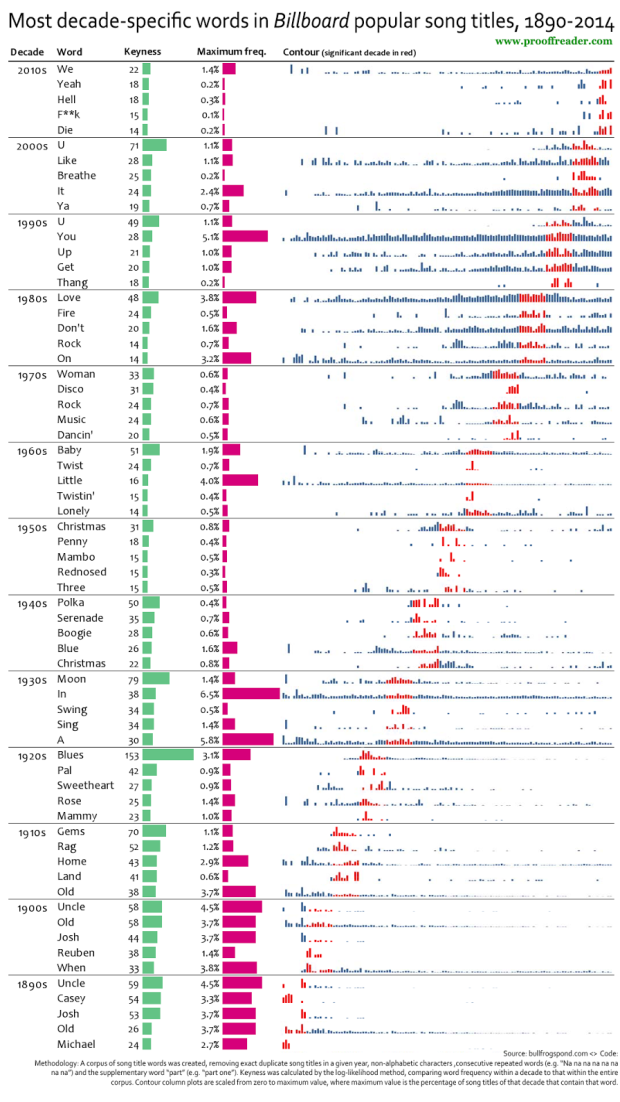 David Taylor looked for words in Billboard song titles that appeared during a given decade more than other decades. Then he charted usage for the top five of each decade, going back to 1890.

The third column for keyness is an estimate for how much the word is unique to the decade. The graphs show usage over the years, and the decade of interest is highlighted red. So the words with relatively high keyness values will show peaks at and around the red bars. Then there are more generic words like “you” and “we” that are in some of the decades, but they’re kind of used throughout.

Other than the topical words per decade, it gets most interesting when you compare this decade to others, more so the farther back you go. For example, look at those words in the 1920s: blues, pal, sweetheart, rose, and Mammy. This decade: we, yeah, hell, f, and die. Mm, classy.