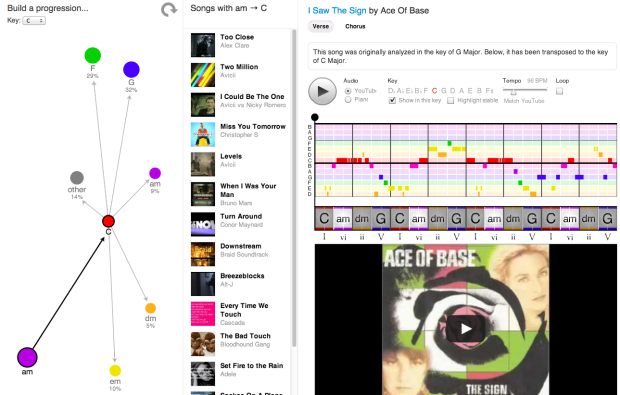 If you listen to the radio long enough, you’ve probably noticed that many songs sound similar or remind of you of a song you’ve heard before. Hooktheory shows you just how similar some songs are via chord progressions in over 1,300 songs. The small group analyzed the data last year and presented some static charts, but this interactive version takes it a step further.

So in the end, there are two main things you can do: (1) Find songs that use the same chord progression and (2) see the most likely chord given the current selection.

My musical knowledge from middle school jazz band is long gone, but it’s fun to explore, and you’ll likely find relationships to songs that you didn’t expect. [Thanks, Dave]