Surprise, the world was warmer again in 2017 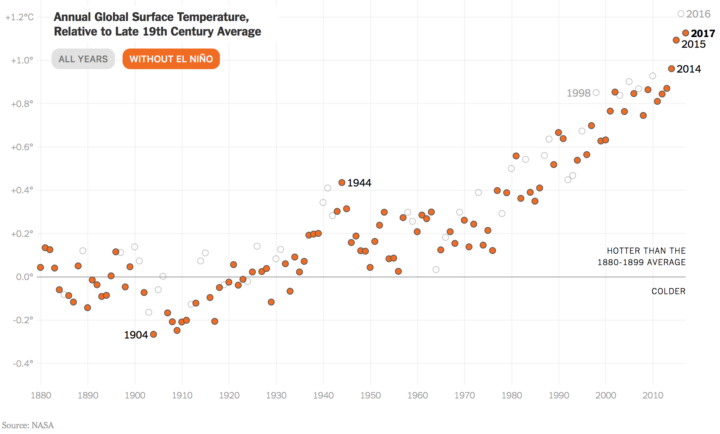 According to NASA estimates, 2017 was the second warmest year on record since 1880. Henry Fountain, Jugal K. Patel, and Nadja Popovich reporting for The New York Times:

What made the numbers unexpected was that last year had no El Niño, a shift in tropical Pacific weather patterns that is usually linked to record-setting heat and that contributed to record highs the previous two years. In fact, last year should have benefited from a weak version of the opposite phenomenon, La Niña, which is generally associated with lower atmospheric temperatures.