Gender equality in the movies, a screenplay analysis 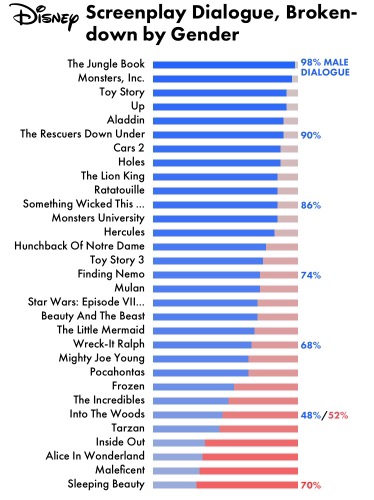 Hollywood has been talking gender equality in the movies more than usual lately, so Hanah Andersen and Matt Daniels for Polygraph looked into the matter from a data perspective.

We didn’t set out trying to prove anything, but rather compile real data. We framed it as a census rather than a study. So we Googled our way to 8,000 screenplays and matched each character’s lines to an actor. From there, we compiled the number of words spoken by male and female characters across roughly 2,000 films, arguably the largest undertaking of script analysis, ever.