Gender wage gap, how much less women make than men 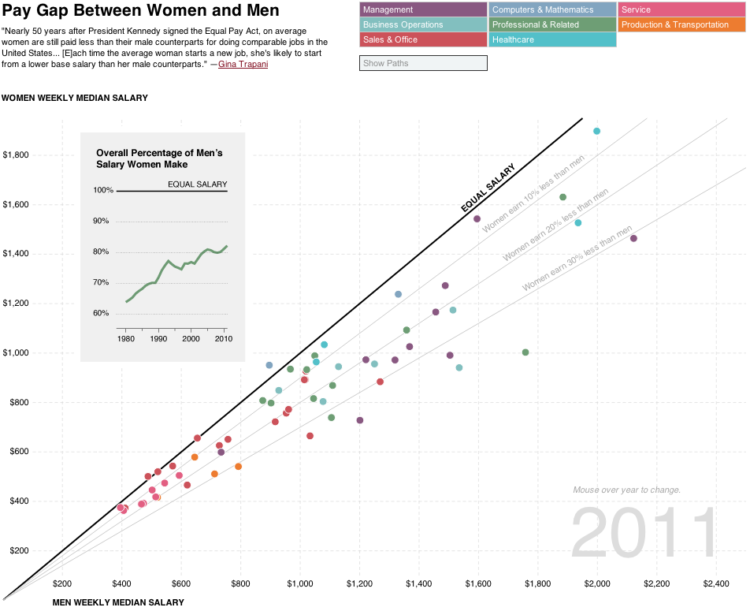 Explore weekly earnings between men and women, over the past nine years. There’s more to say about it, but my hands are tired from manually editing parsed PDF files, so I’ll leave that for later.
Basically, three or four articles on the gender wage gap popped up on my radar last week, some focusing on the rise of women as the lead household earner and others on how much less women make. Such contrast. So I took a look.