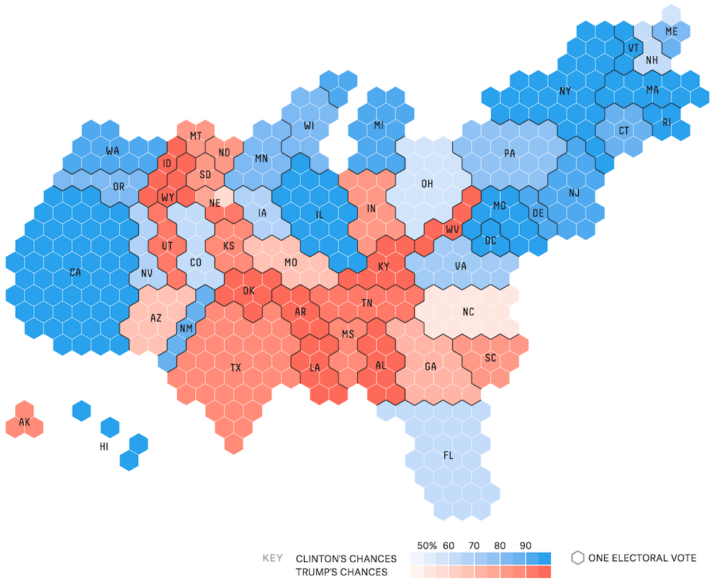 FiveThirtyEight published their election forecast tracker this week, and it’s a beaut. It starts with the standard state map and most importantly the probability of each candidate winning the presidency. But after that, you can look into much detail on a state-by-state basis.

They currently give Hillary Clinton a 79 percent chance of winning and Donald Trump a 21 percent chance. I think many interpret this as Clinton is practically a lock, but it’s actually far from it. That 21 percent is freakin’ high.

As much as I want to forget, let’s remember that the Cleveland Cavaliers only had an 11 percent chance of winning the title, and I think we know what happened there.

In any case, check out the tracker. I like it. And find more details on where the numbers come from in the user’s guide.