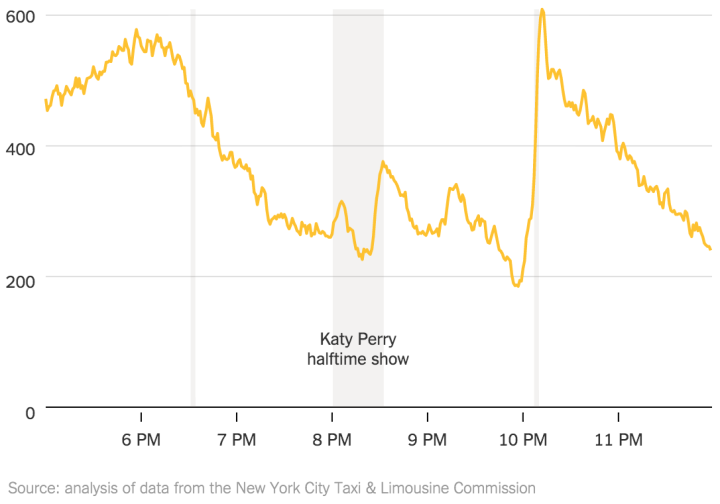 A high percentage of Americans are glued to the television or party sample platter during the Super Bowl each year, which is especially obvious if you go anywhere without a television during this time. Todd Schneider for the Upshot looks at this phenomenon through the lens of New York taxi rides per minute.

Taxi activity’s lowest level in New York coincided with the climactic moment of the game, just as Malcolm Butler intercepted Russell Wilson at 9:59 p.m. to secure the 28-24 victory for the Patriots. New England called a timeout after Butler’s interception, but many Super Bowl party guests apparently didn’t wait around to watch Tom Brady take a knee before they hailed cabs.

Fun. Although nothing beats the Canadian toilet flushing symphony during the Olympic gold medal hockey game of 2010. [Thanks, Todd]