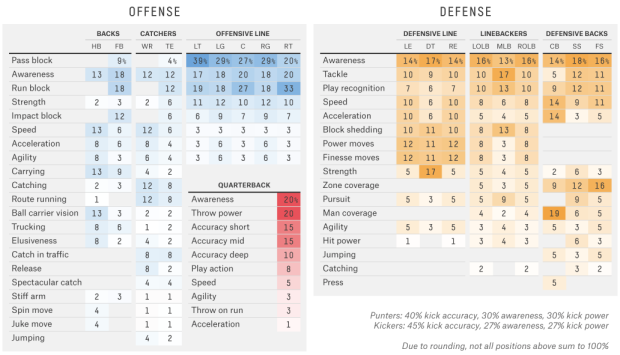 In football video game Madden, NFL players are scored based on skill, which determines how they play in the game. Neil Paine, with graphics by Reuben Fischer-Baum, describes more than you ever thought you wanted to know about the scoring process in an in-depth look for FiveThirtyEight. At the heart of the process is Donny Moore, who is in charged of most of the (subjective) number assignments.

In that role, Moore is tasked with assigning more than 40 numerical grades to each of the NFL’s roughly 2,600 players, evaluating them in categories ranging from passing accuracy to tackling ability. Moore’s process has largely been a black box, and yet it shapes how more than 5 million gamers simulate pro football — particularly because there’s no official alternative to his numbers. A decade after signing a controversial exclusivity deal with the league and the players union, Madden is still the only licensed NFL game in town.

The graphic above shows the weights for each skill (rows) and position (columns). For example, offensive line positions place a lot of weight on pass block skills.

Towards the end, there’s a fun interactive that lets you see how you would stack up against players in-game. 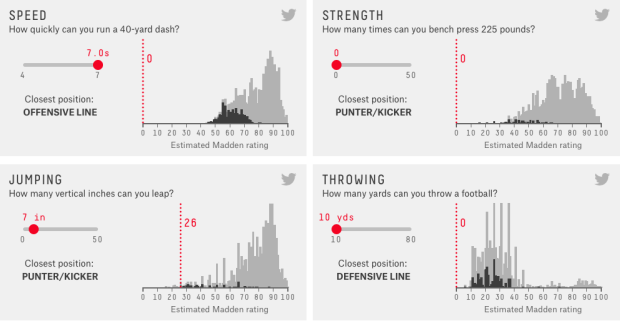 There’s no shame in being a punter.