Most mentioned NFL players on SportsCenter 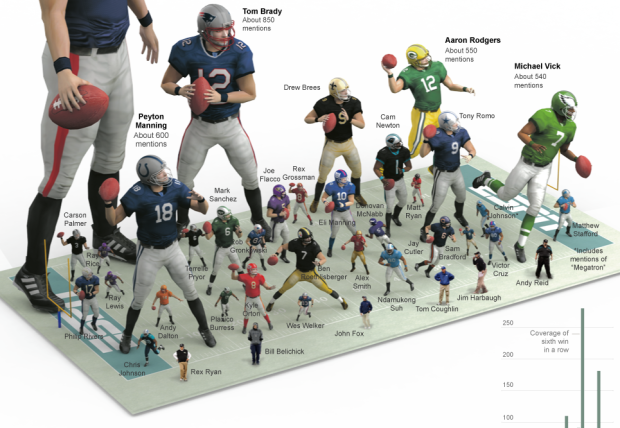 Like something from of a video game, this graphic from The New York Times shows the most mentioned NFL players and coaches this season. Players are scaled approximately by the number of mentions between August 1, 2011 to February 1, 2012 on ESPN’s SportCenter and Sunday NFL Countdown. The giant on the left is Tim Tebow, with 1,450 mentions. Bar graphs on the bottom highlight mentions over time for players of interest.