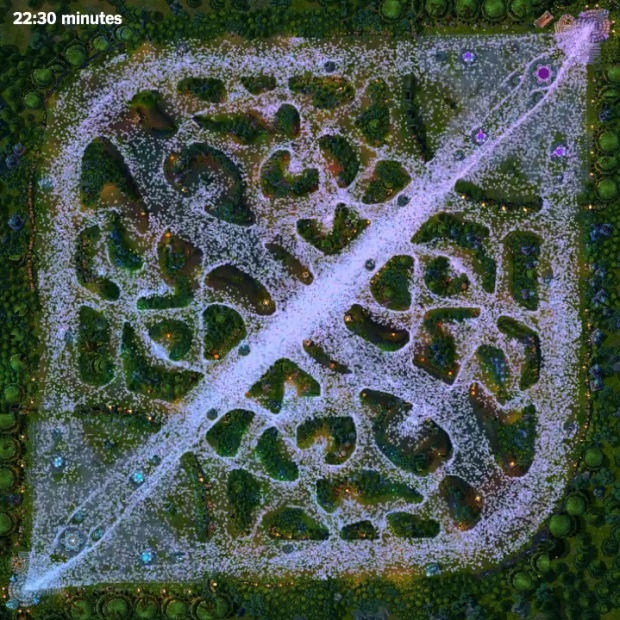 League of Legends is an online, free-to-play game that pits two teams of five against each other. The goal is to destroy the other team’s structures. The New York Times mapped 10,000 matches, played by 100,000 players, showing player movements over a quick thirty seconds.

As you’d expect, you see a lot of battles in the middle of the field and if you play the game, you’re likely to recognize the paths that people usually take. The best part is the character breakouts that show how certain “champions” move about.

Reminds me of the point cloud that shows over 11 million deaths in Just Cause 2.