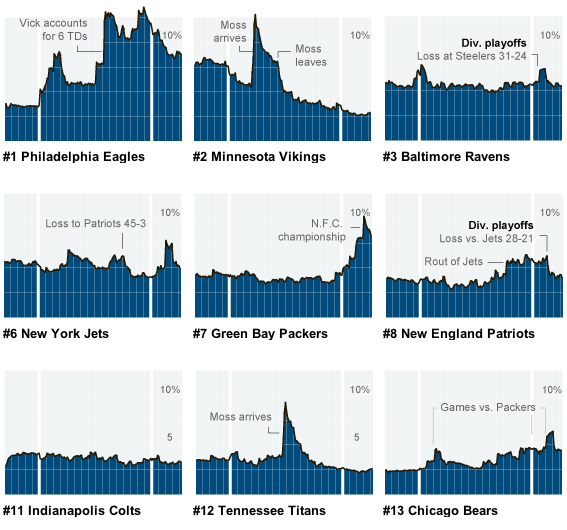 As you might expect, people who play sports video games tend to play with teams when those teams are winning in real life. Anyone who plays online via their Playstation or Xbox can tell you this. I play NBA 2K11 sometimes, and it can get pretty boring playing the Lakers over and over again. Kevin Quealy for the New York Times investigates the phenomenon with data from Madden NFL, the most popular football video game of all time, and small multiples. I sense R and ggplot.

A team loses, and there’s a dip in gameplay. A team wins or gets a new star player, there’s a spike.