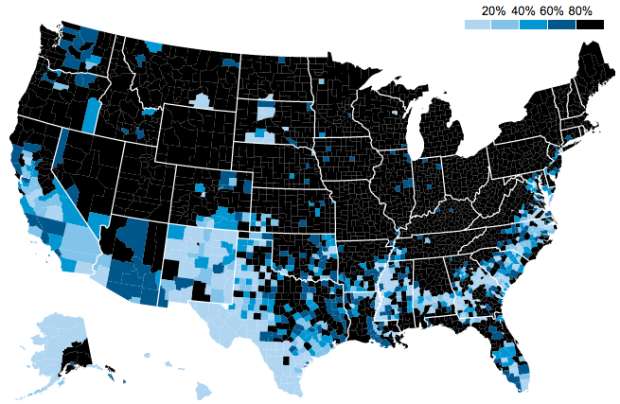 The map above by MetroTrends shows the percent of white kids who attended majority-white schools during the 2011-12 school year. Schools are still segregated in many areas of the country.

From Reed Jordan for MetroTrends:

Estimates are from the National Center for Education Statistics. [via @datatelling]