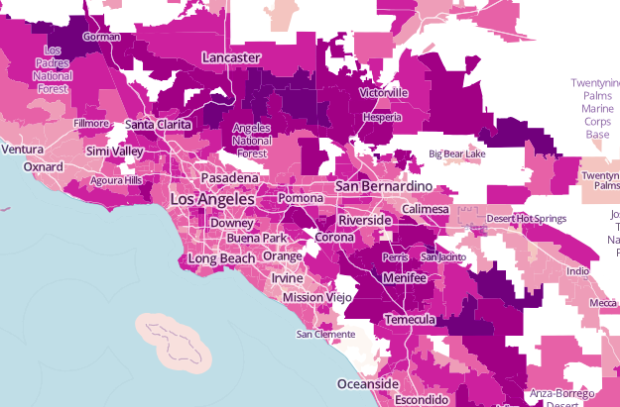 The United States Census Bureau just released county-level commute estimates for 2011, based on the American Community Survey (that thing so many people seem to be against).

About 8.1 percent of U.S. workers have commutes of 60 minutes or longer, 4.3 percent work from home, and nearly 600,000 full-time workers had “megacommutes” of at least 90 minutes and 50 miles. The average one-way daily commute for workers across the country is 25.5 minutes, and one in four commuters leave their county to work.

The Bureau graphic isn’t very good [PDF], but WNYC plugged the data into a map, which is a lot more informative.

There’s also a link to download the data on the bottom left of the WNYC map in CSV format, in case you want to try your hand at making a choropleth map. Or you can grab some flow data from the Census Bureau.