History of film, 100 years in a chart 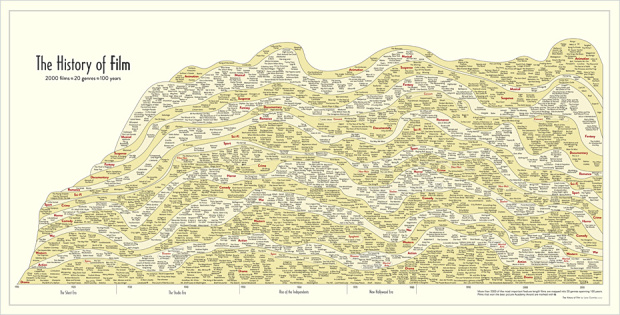 In something of an homage to the Genealogy of Pop & Rock Music by Reebee Garofalo, designer Larry Gormley visualized 100 years of film.

This graphic chronicles the history of feature films from the origins in the 1910s until the present day. More than 2000 of the most important feature-length films are mapped into 20 genres spanning 100 years. Films selected to be included have: won important awards such as the best picture Academy Award; achieved critical acclaim according to recognized film critics; are considered to be key genre films by experts; and/or attained box office success.

Available in print for 34 bones.