Tour through the greatest movies of all time 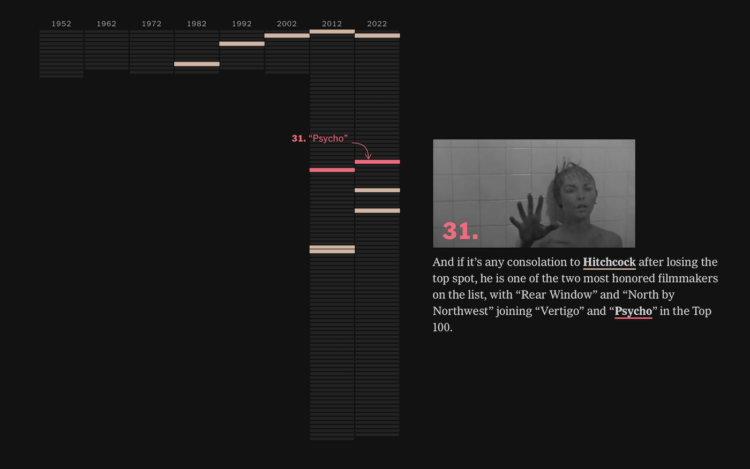 Every ten years since 1952, Sight and Sound, a British film magazine, has asked critics to list the greatest movies of all time. The magazine announced the results from the 2022 poll. There was a clear shift in the rankings. The New York Times highlights the shift with a look through past polls and this year’s newcomers.

The pointers and film callouts bring meaning to an otherwise straightforward ranked list.