The words used by men and women to write about love 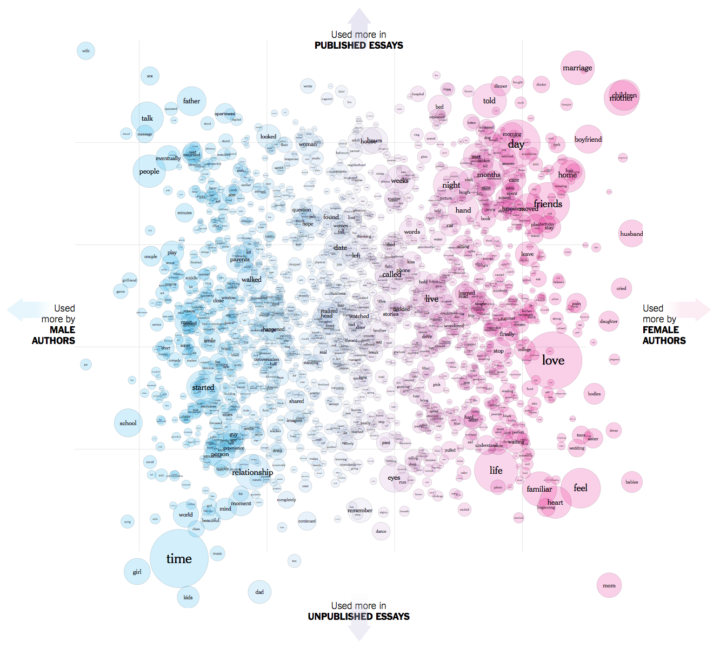 Josh Katz, Claire Cain Miller, and Kathleen A. Flynn for The Upshot plotted words used in essays above love submitted to The New York Times, focusing on a comparison between men and women’s word usage.

When writing about love, men are more likely to write about sex, and women about marriage. Women write more about feelings, men about actions.

Even as gender roles have merged and same-sex romance has become more accepted, men and women still speak different languages when they talk about love — at least, if Modern Love essays submitted to The New York Times are any indication.