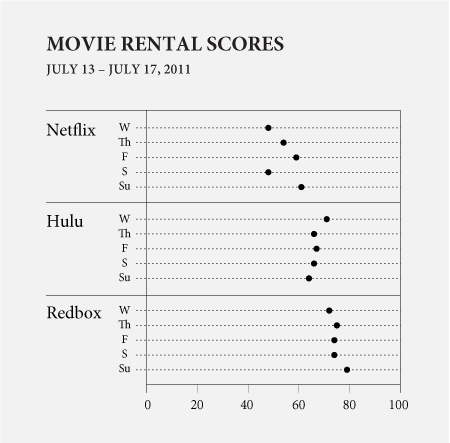 There are many brands on Twitter that exist to uphold an image of the company they represent. As consumers, we can communicate with these accounts, voicing praise or displeasure (usually the latter). Using a simple sentiment classifier1, I scored feelings towards major brands from 0 (horrible) to 100 (excellent) once a day for five days.

The above for example, shows scores for Netflix, Hulu, and Redbox. Netflix had the lowest scores, whereas Redbox had the highest. I suspect Netflix started low with people still upset over the price hike, but it got better the next couple of days. Then on Saturday, there was a score drop, which I’m guessing was from their downtime for most of Saturday. Hulu and Redbox, on the other hand, held more steady scores.

As for auto brands, Toyota clearly had the lowest scores. However, Lexus, which is actually a luxury vehicle division of Toyota had the highest scores in the high 90s to 100. 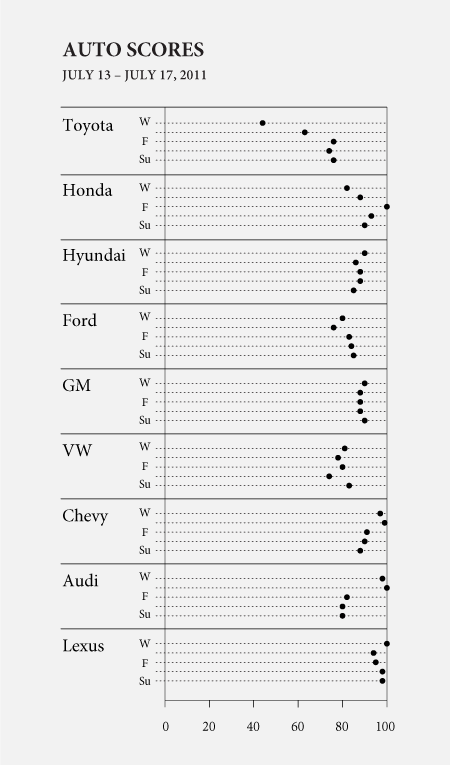 How about the major mobile phone companies, AT&T, Verizon, and Sprint? Verizon scored better initially, but had lower scores during the weekend. Not sure what was going on with Sprint. 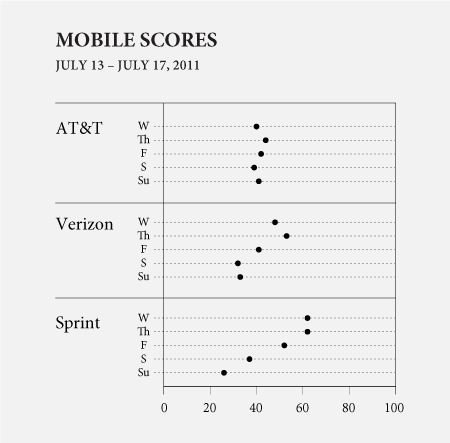 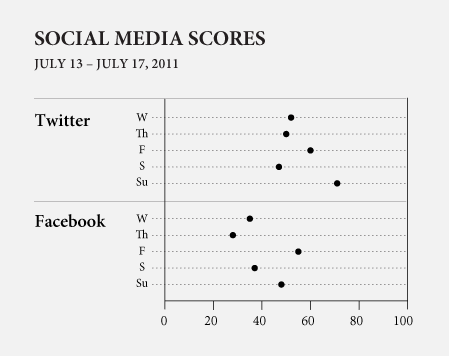 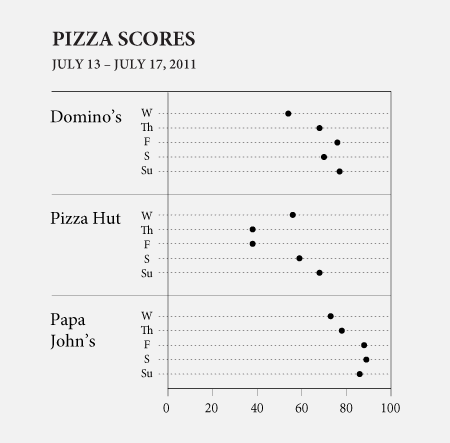 Finally, as a sanity check, I compared airlines like Breen did in his tutorial. Results were similar with JetBlue and Southwest clearly in the positive and the others picking up the rear. 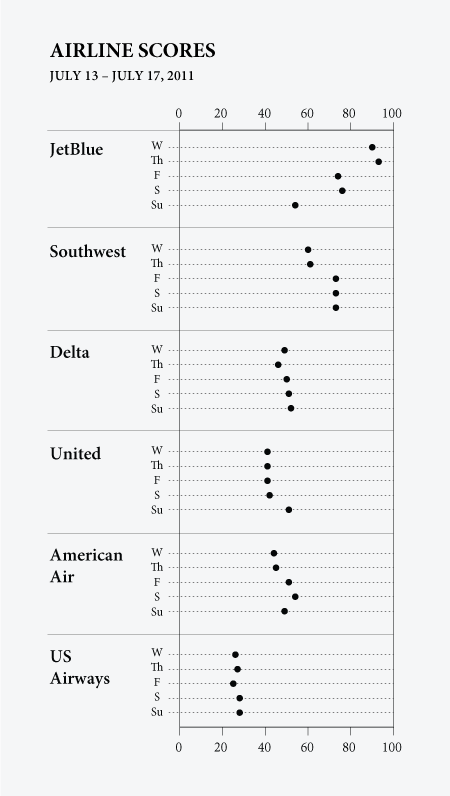 Any of these scores seem surprising to you? 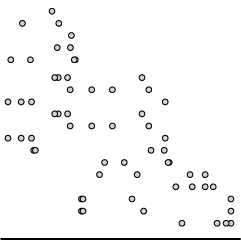