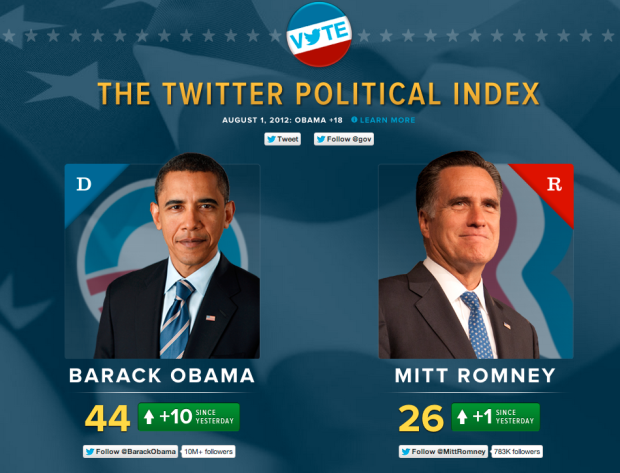 Each day, the Index evaluates and weighs the sentiment of Tweets mentioning Obama or Romney relative to the more than 400 million Tweets sent on all other topics. For example, a score of 73 for a candidate indicates that Tweets containing their name or account name are on average more positive than 73 percent of all Tweets.

The key is the comparison against all tweets for a sense of scale. As seen from the chart below, the index fluctuates closely with Gallup estimates. 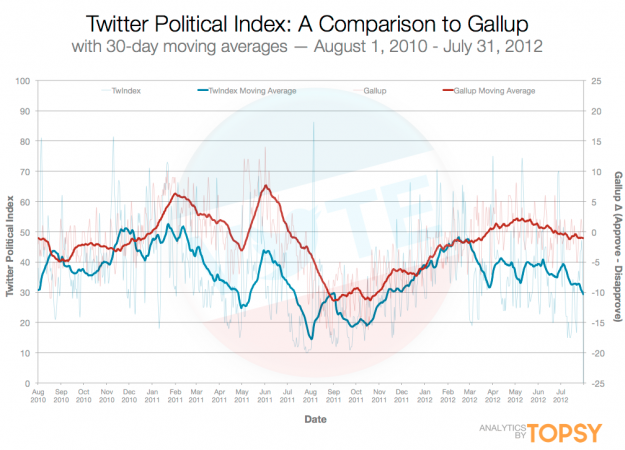