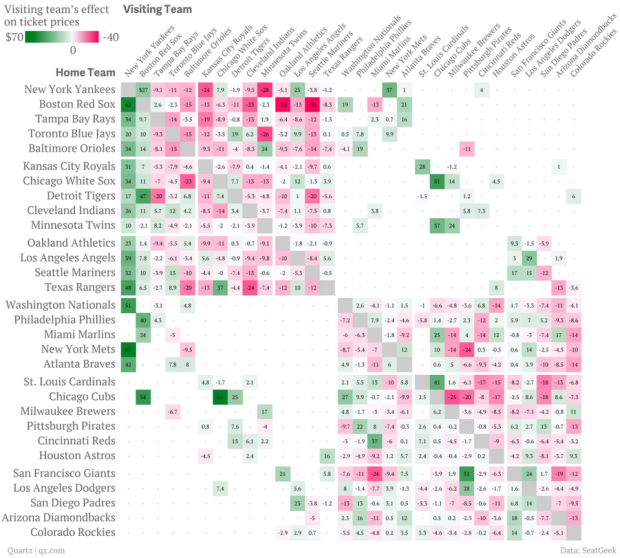 If you’ve ever looked at ticket prices for sporting events, you probably noticed the disparity in prices of when your team plays a popular team or a rival versus a less than stellar team. Last time I looked a ticket to watch the Golden State Warriors play the Lakers or Heat was twice as much as when they played the Kings. David Yanofsky for Quartz noted the same pricing strategy in baseball.

The heat map above shows the effect of visiting teams on ticket prices. As you’d expect (if you follow baseball even just a tiny bit), price goes up significantly when the New York Yankees come to town. In contrast, the price goes down when the Seattle Mariners show up.

There’s clearly a supply and demand thing going on here. Nobody wants to see bad teams play. But now it’s time to pull a Billy Beane. How little can you spend on a team and a stadium and still make a profit? [Thanks, David]