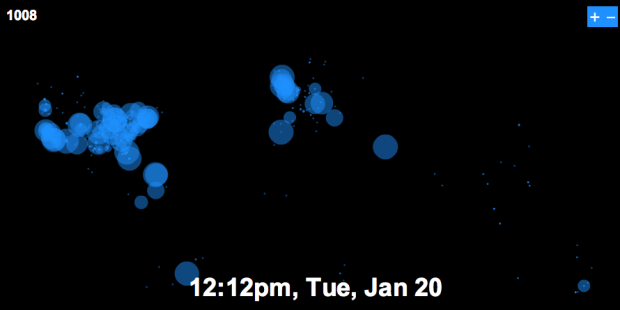 On Tuesday, January 20, 2009 at 12pm, Barack Obama officially became the 44th president of the United States of America. As we all watched Obama being sworn in front of the massive crowd, Twitter was abuzz with excitement. Just how excited was the Twittersphere? Watch for yourself. The map starts early Monday morning. As the day moves on more people wake and tweet at a steady rate with increasing volume as the time comes nearer. Europe gets in on some of the action when the US goes back to sleep. Tuesday morning comes in with a new beginning in the air. Then boom, it’s time, and Twitter bursts with excitement.