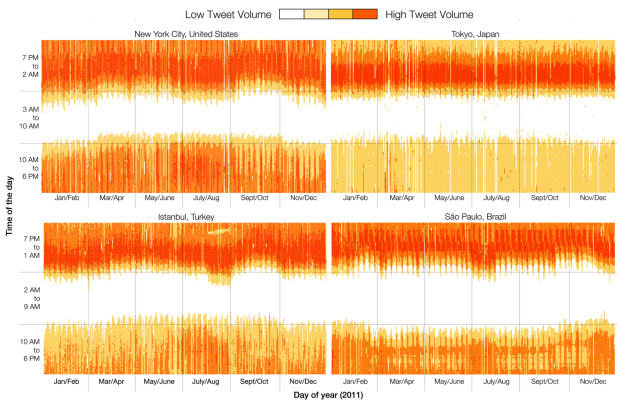 Twitter engineers Miguel Rios and Jimmy Lin explored tweet volumes in different cities and found some interesting tidbits about how people use the service.

We see different patterns of activity between the four cities. For example, waking/sleeping times are relatively constant throughout the year in Tokyo, but the other cities exhibit seasonal variations. We see that Japanese users’ activities are concentrated in the evening, whereas in the other cities there is more usage during the day. In Istanbul, nights get shorter during August; Sao Paulo shows a time interval during the afternoon when Tweet volume goes down, and also longer nights during the entire year compared to the other three cities.

Notice the break during Ramadan in Istanbul?