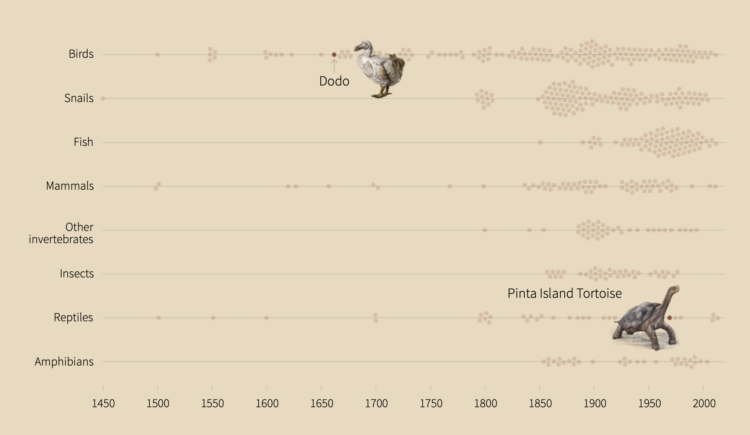 Animals are going extinct at a faster rate. Reuters shows a developing pattern across species:

Losing hundreds of species over 500 or so years may not seem significant when there are millions more still living on the planet. But in fact, the speed at which species are now vanishing is unprecedented in the last 10 million years.

“We are losing species now faster than they can evolve,” O’Brien said.