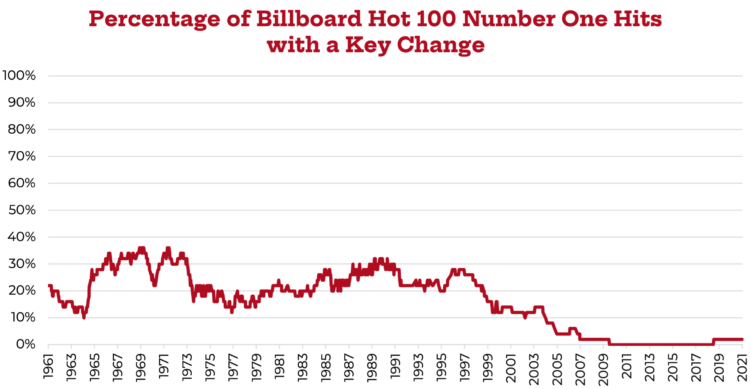 Chris Dalla Riva analyzed key changes in songs that made the Billboard Hot 100, between 1958 and 2022. Key changes are near non-existent after 2010. The most interesting part is why:

As hip-hop grew in popularity, the use of computers in recording also exploded too. Whereas the guitar and piano lend themselves to certain keys, the computer is key-agnostic. If I record a song in the key of C major into digital recording software, like Logic or ProTools, and then decide I don’t like that key, I don’t have to play it again in that new key. I can just use my software to shift it into that different key. I’m no longer constrained by my instrument.