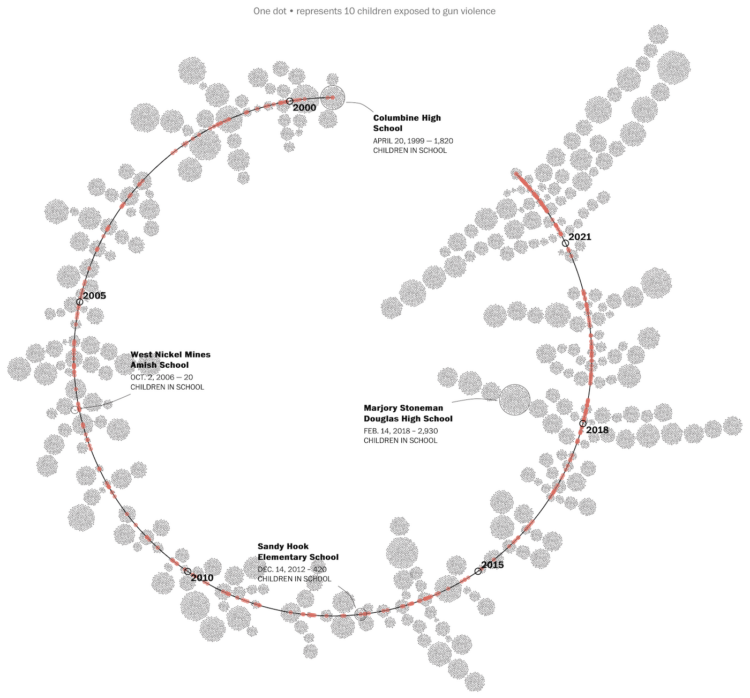 The Washington Post maintains a database of school shootings (which is sad in itself that such a thing has to exist) to keep record of tragedy that the U.S. government does not track. They calculated the number of kids since Columbine who were exposed to such terrible events:

The Washington Post spent a year determining how many children have been affected by school shootings, beyond just those killed or injured. To do that, reporters attempted to identify every act of gunfire at a primary or secondary school during school hours since the Columbine High massacre on April 20, 1999. Using Nexis, news articles, open-source databases, law enforcement reports, information from school websites and calls to schools and police departments, The Post reviewed more than 1,000 alleged incidents but counted only those that happened on campuses immediately before, during or just after classes.

The events are terrible when they happen, and they go on to affect thousands of others for a lifetime — kids who were just going on with their daily activities.